Gates open at 8:40am - please be on time so your child is ready to start learning.

As part of God's family in St Paul's, we undertook a short pilgrimage around the school to think about the dangers faced by refugees worldwide who are forced from their homes by famine, war, persecution and climate change. We thought about the terrible choices that had to be made by families fleeing from war and what they might be able to carry with them. We stopped at stations of the cross around the school and saw where many refugees come from and the difficulties they face every day. The final station was the Lampedusa cross where a carpenter on the Italian island made crucifixes for the 155 survivors of the sinking of a migrant vessel in the Mediterranean Sea. As we walked and prayed, we thought about how we could make refugees feel welcome should they wish to join our family at St Paul's.

You know what it is like to be hungry and thirsty

You know the suffering of all who have lost everything

Year 4 spent a wonderful day in prayerful contemplation considering the path which God has laid out of each one of us. We found out about the vocations we might have when we grew up into adulthood. Ms Foster asked a group of people in different professions to speak to us about why they loved their jobs but also about the qualities and skills we would need to be successful and happy. Rebecca was inspired to become a teacher because of Ms Foster's words. Bailey and Tyler have their hearts set on becoming firefighters after hearing about what you needed to do to join the Fire Service. Because of his talent for mathematics, Corey told the class that he wanted to become a Nuclear Scientist. We know that Jesus knew his vocation at a young age but Year 4 don't have to make up their minds just yet. We also thought about the role of Father Barry and how he was called to his vocation as a priest. Everyone thought of interesting questions they would like to ask him about the priesthood when they next see him. 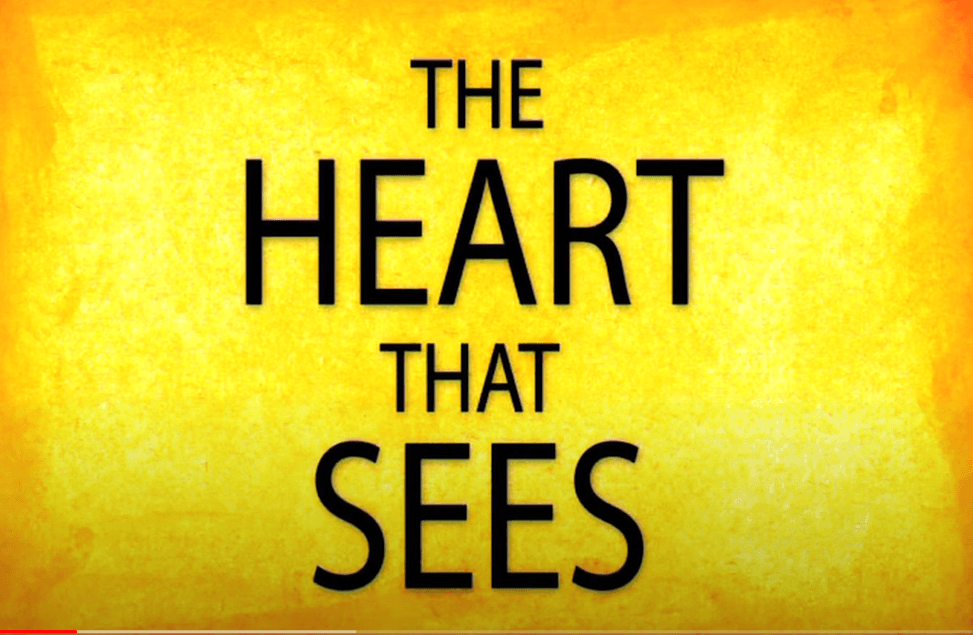 Our old friends, Dan and Emily, have recorded a brilliant song called The heart that sees and yet again, Year 4 were asked to contribute to the MAC wide recording of the song which will be used at Masses and celebrations in the Diocese of Birmingham. We spent a lot of time practising the song which has a very fast tempo and we discovered that we have some beautiful singers in our midst! We were recorded singing by a cameraman who had filmed every MAC school singing the song (He said we were the best) and a few days later, our voices were recorded by a sound technician from St Thomas Aquinus School (He said we were the best too!). Some of our class were chosen to sing solos but we all agreed that, as a group, we sing like angels!

The Heart that sees

On the 7th July, Year 4 had the opportunity to meet a representative from HSBC bank who told us all about budgeting and how much it cost to run a household. Both year 4 & 5 were taking part in the session and it was interesting to see which class could work out the real monthly costs of things we take for granted. The cost of water, gas, electricity, phone contracts and even Netflix was discussed and we all learned that we should try to conserve as much energy as we can to help the planet and also help mum and dad who have to pay for all the electricity we use. Year 4 learned not to leave lights on and remember not to waste water either! 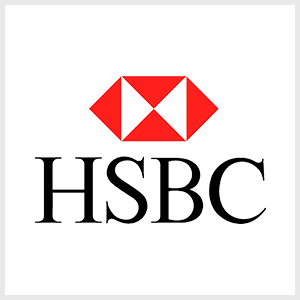 Lumen Christi Stations of the Cross

Year 4 were honoured to be asked to take part in the Lumen Christi Easter vigil. We were asked to contemplate the importance of the Eighth Station of the Cross where Jesus meets the women of Jerusalem. We created a crucifix for Jesus to carry and Mrs Gagin brought in a range of materials to dress the women of Jerusalem in.  Kai read beautifully and it was recorded for use at Easter celebrations at all Lumen Christi schools. Jayden played the part of Jesus and the women were played by Anna, Ayanna, Mariyah, Emilia and Barbora. Click the link below the picture to watch the Stations of the Cross. 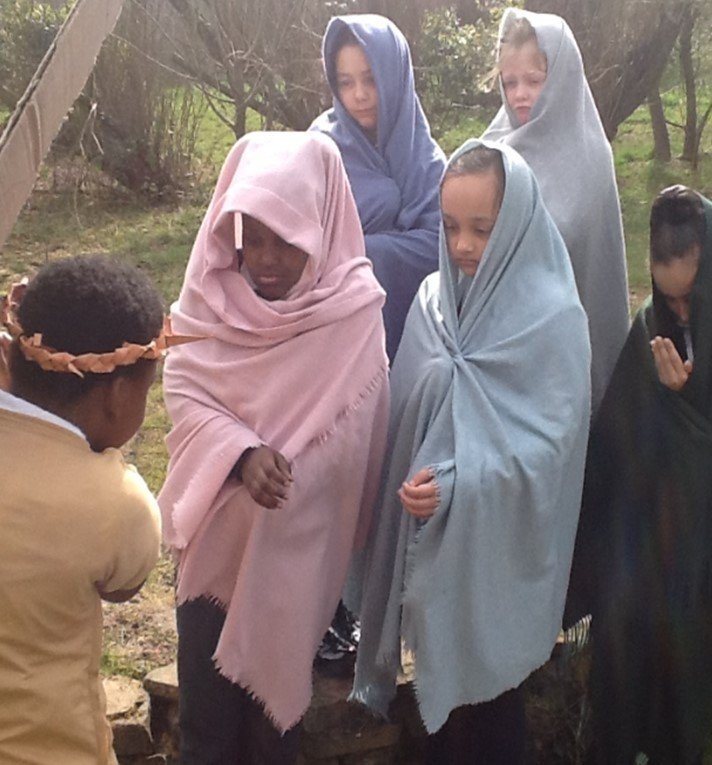 Recycling project: Practicing what we preach

In our English lessons, we were inspired by the work of Isatou Ceesay and the women of The Gambia who have recycled plastic to create a range of different products to sell and cut down on plastic waste. We remembered the words of Pope Francis who reminded us of our common home and used plastic bags to create skipping ropes for use at playtime. They were easy to make but depended on team work and co-operation to ensure we made them correctly. We used about 40 plastic bags for each skipping rope and that means that we've stopped these bags going into landfill. We have created a set of instructions if other classes would like to make their own ropes. 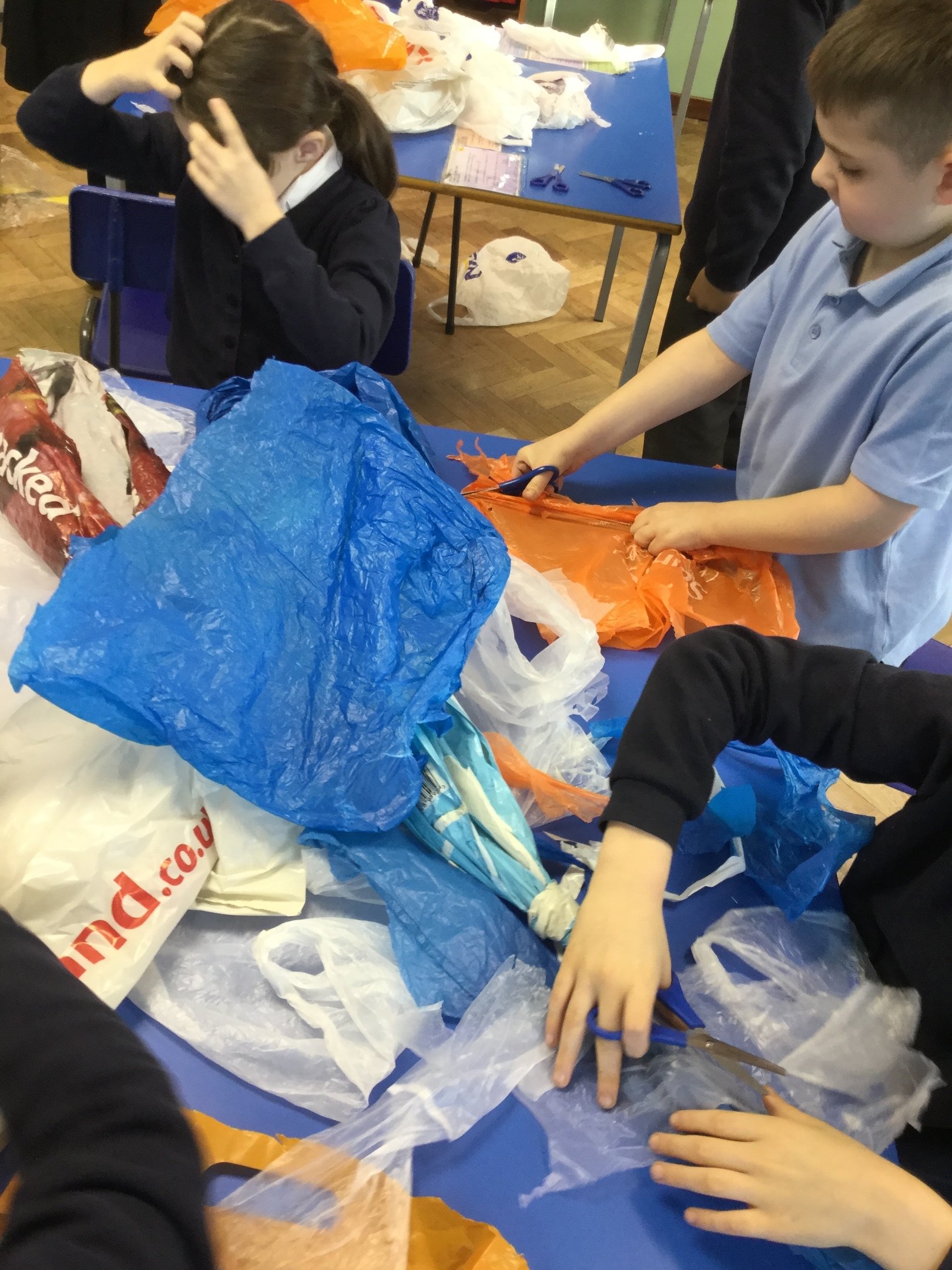 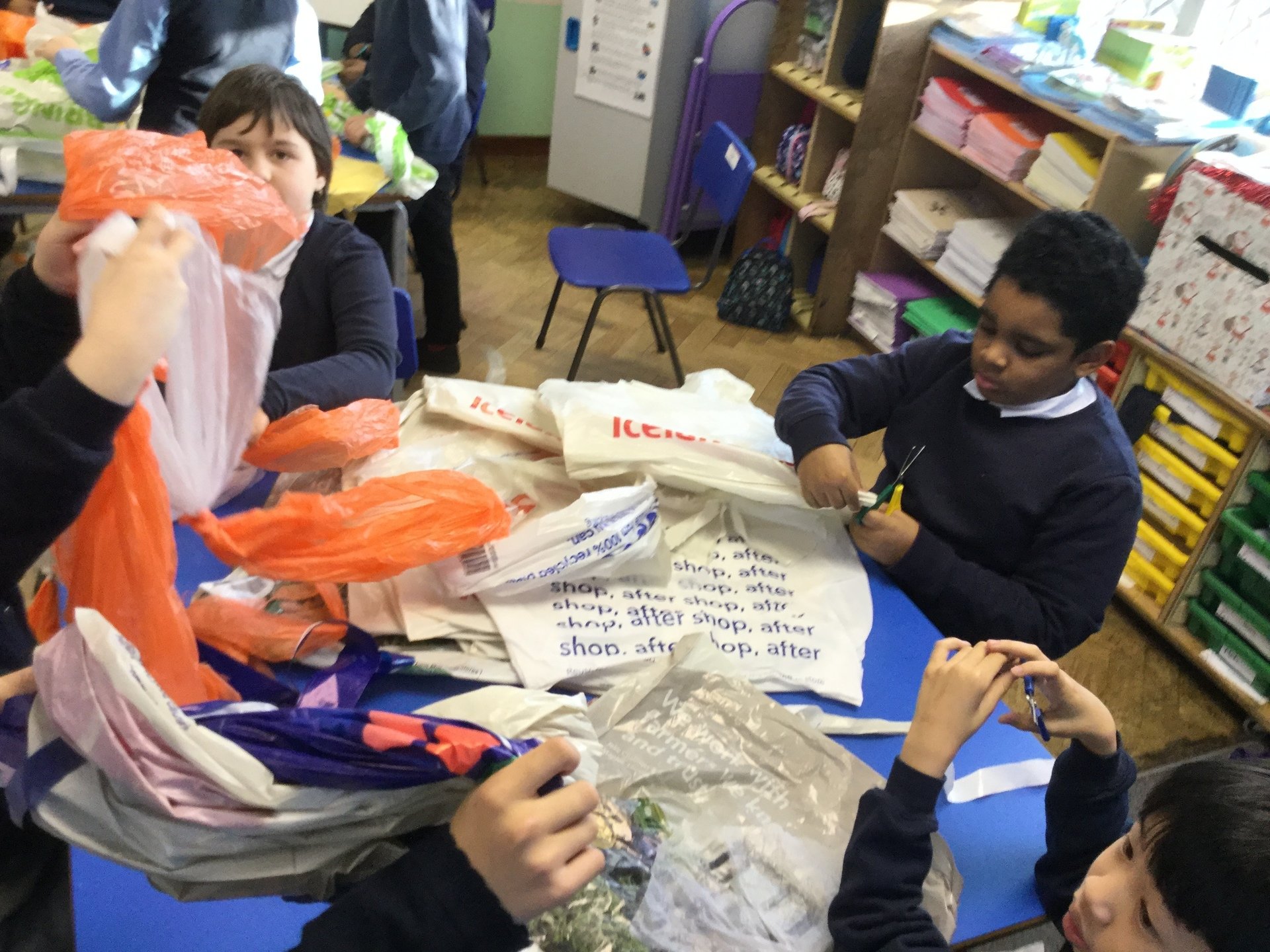 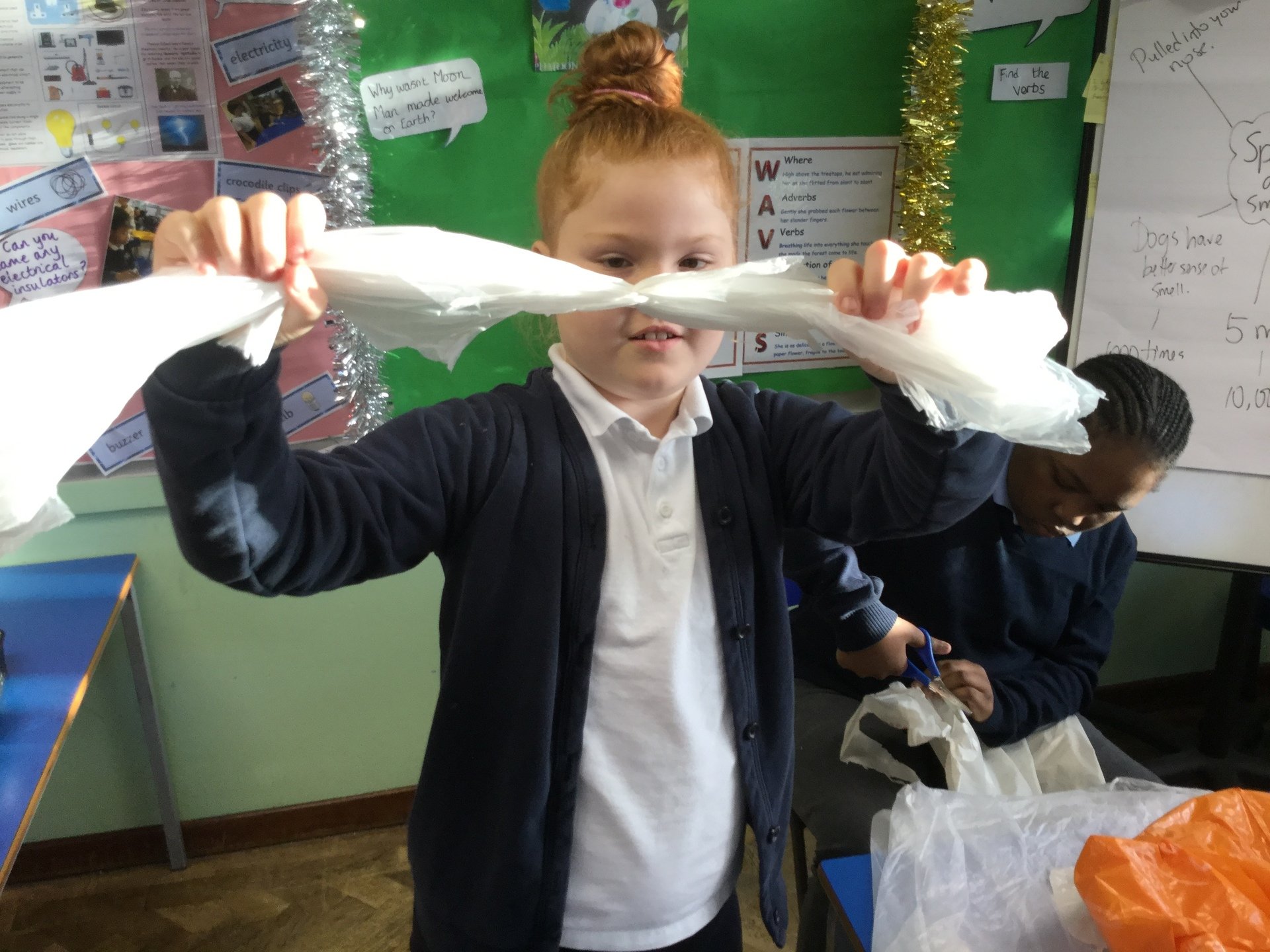 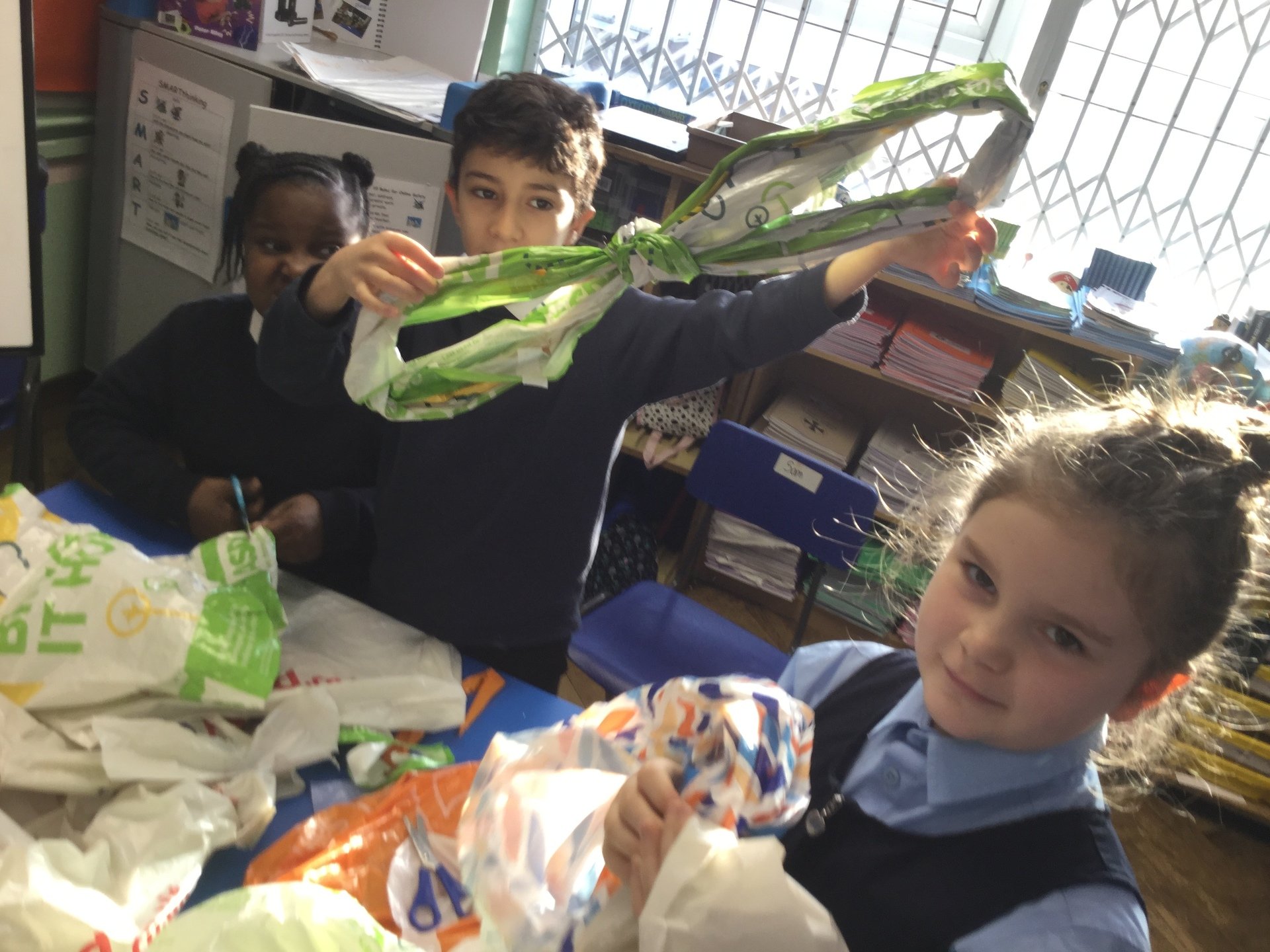 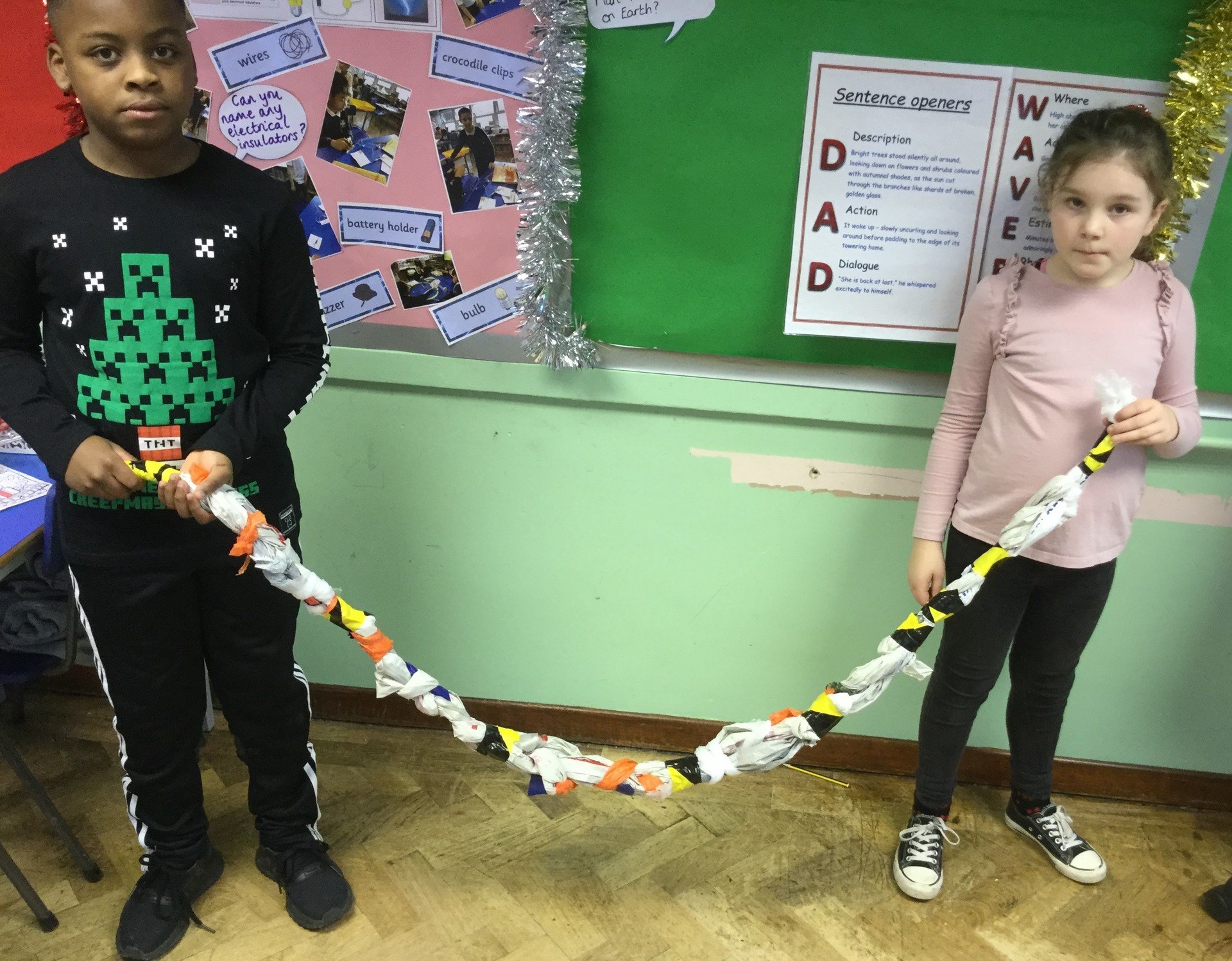 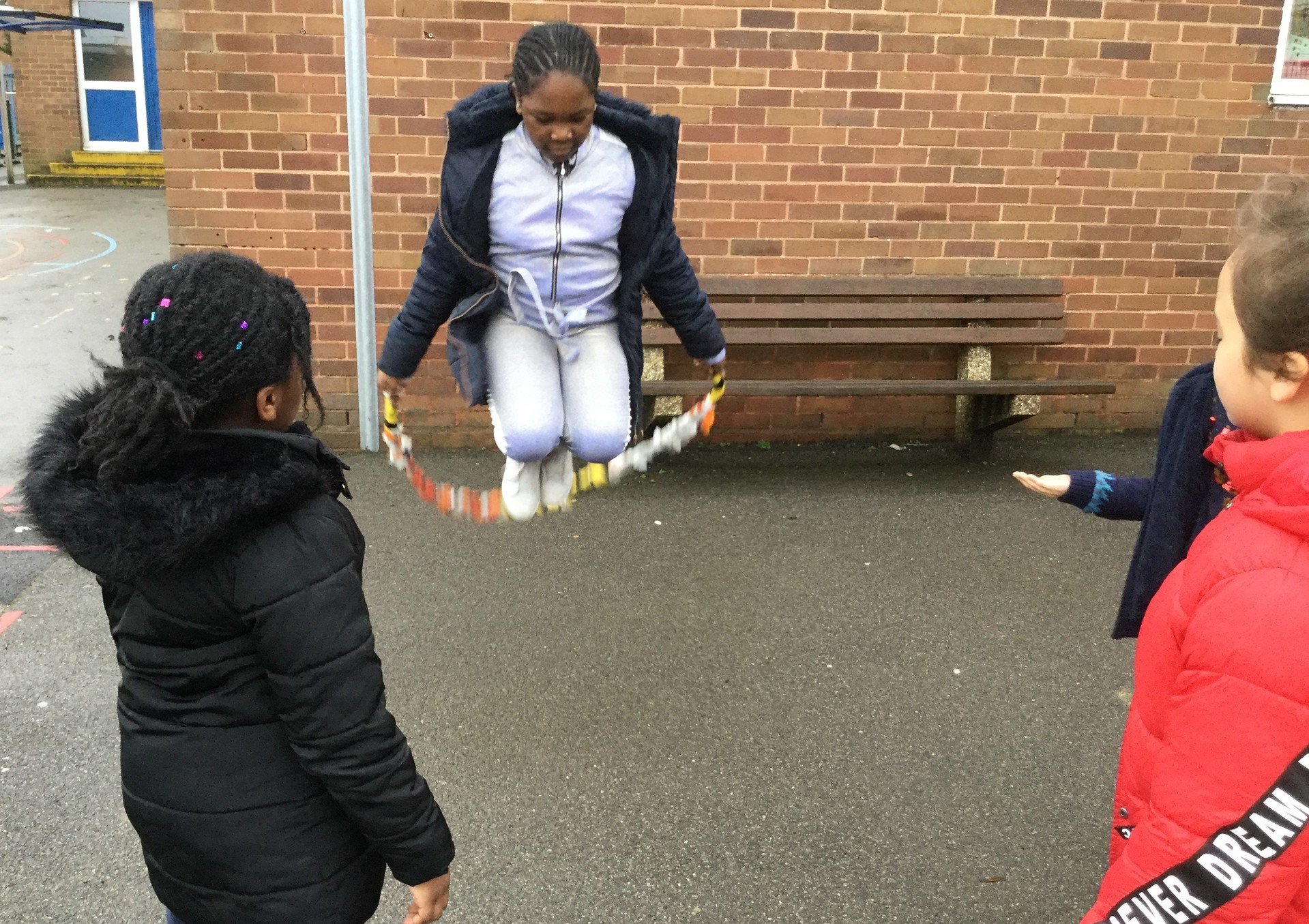 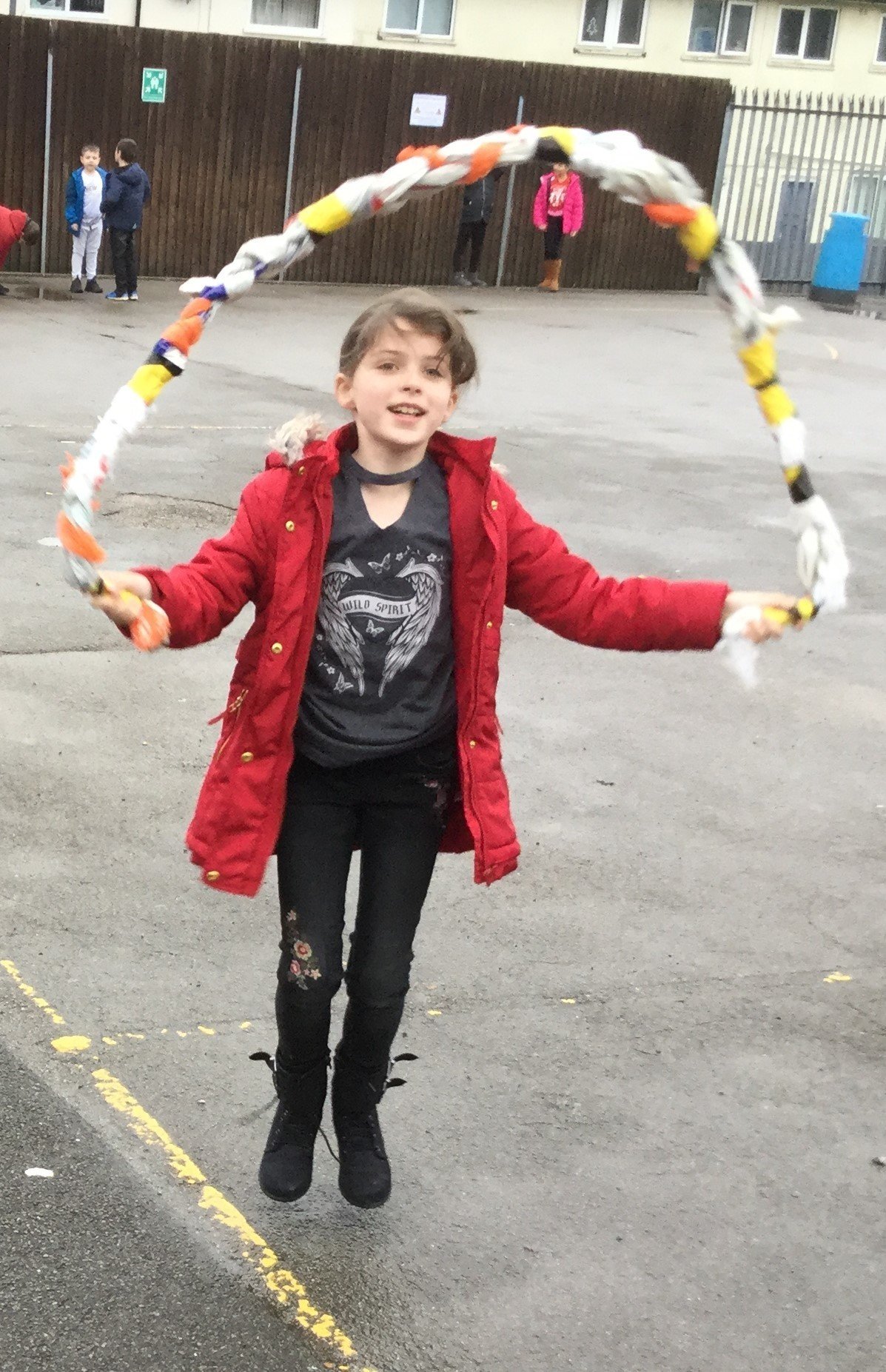 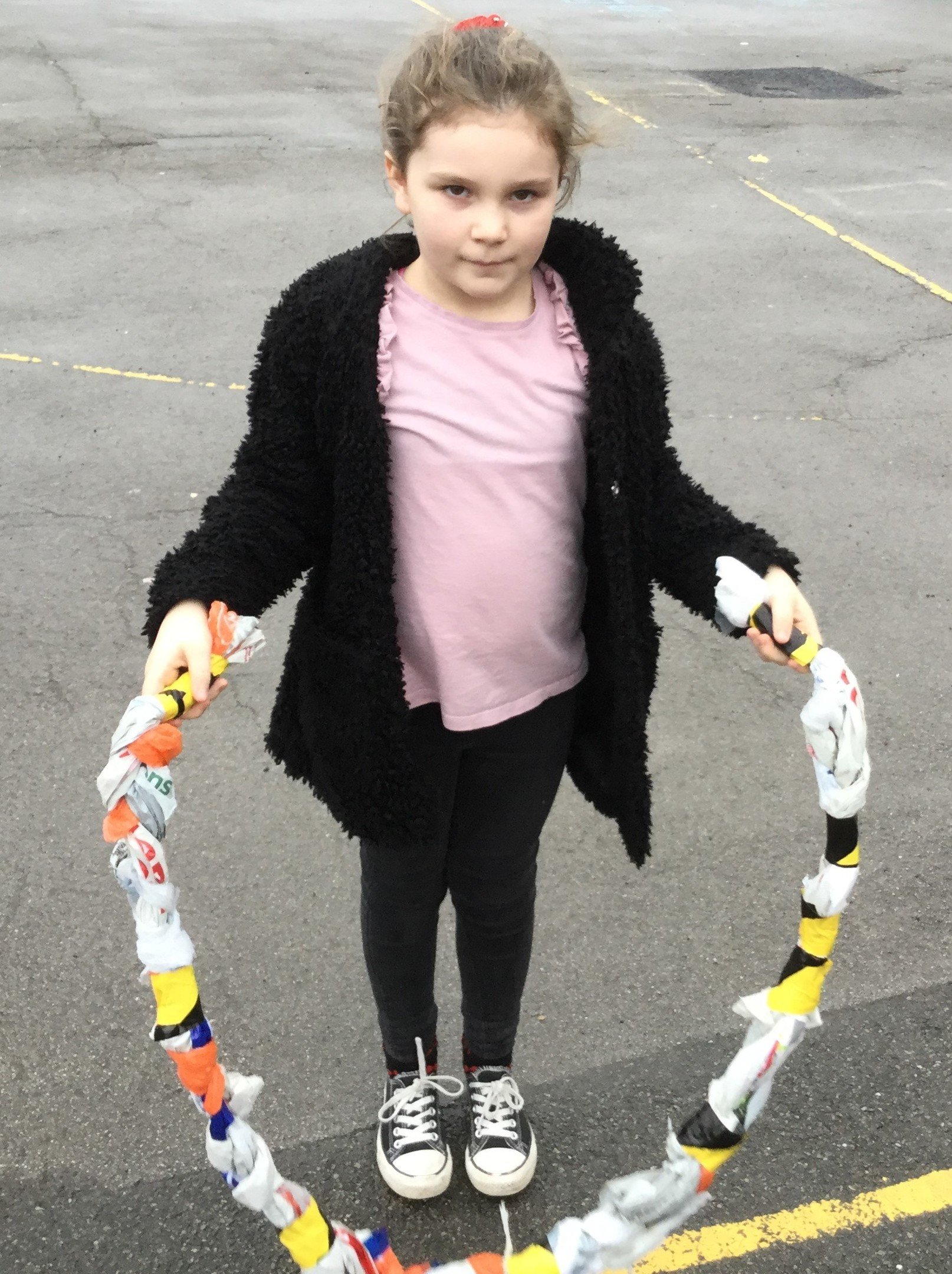 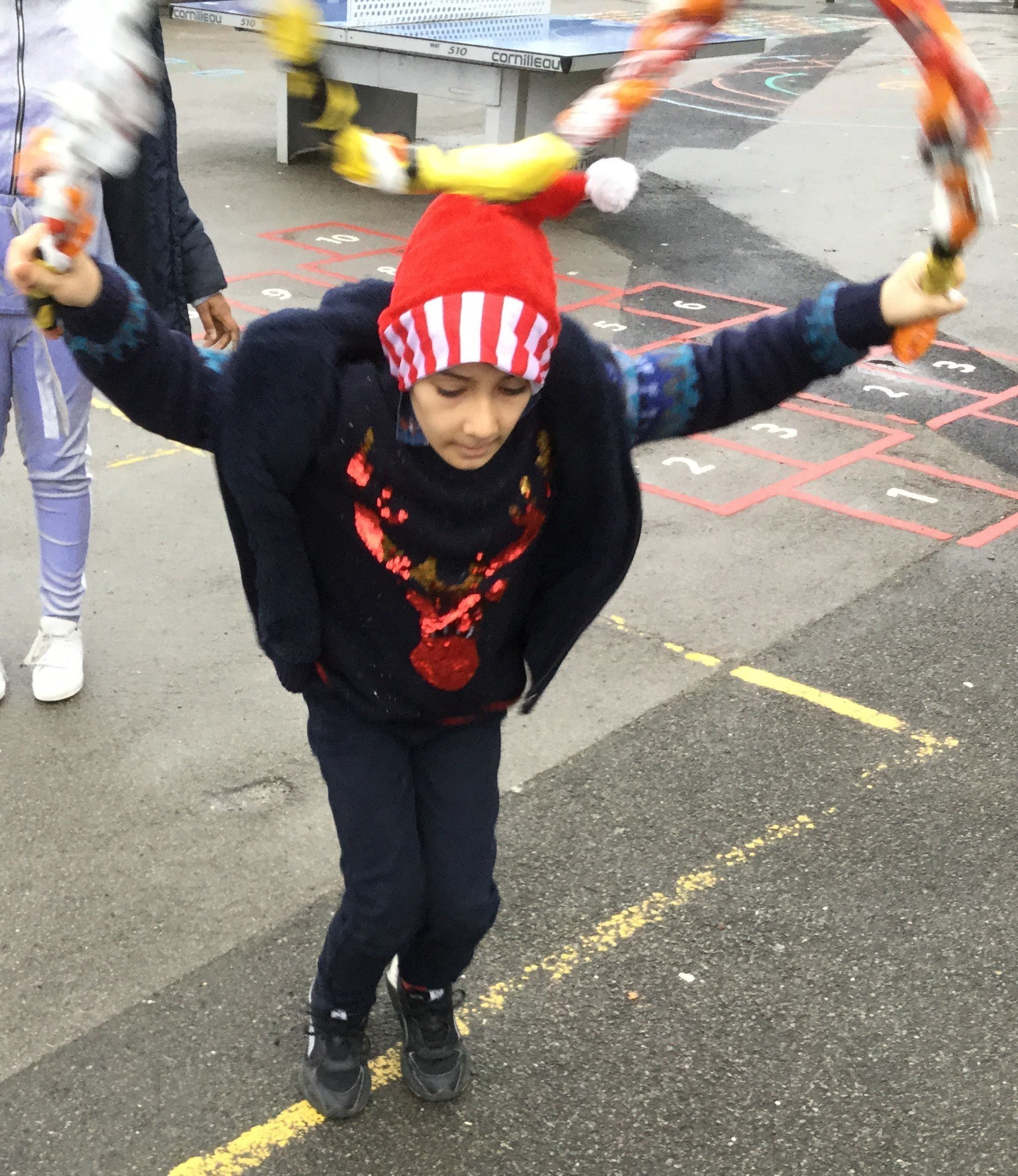 We had a wonderful day of peaceful reflection where we considered the importance of Jesus in our lives. We listened to stories of Jesus' life, wrote personal letters to him and drew pictures of how we think he may have looked. We discussed how Jesus lives through us and through our good deeds. The virtues we demonstrate each day in school show how much we love having Jesus in our lives. 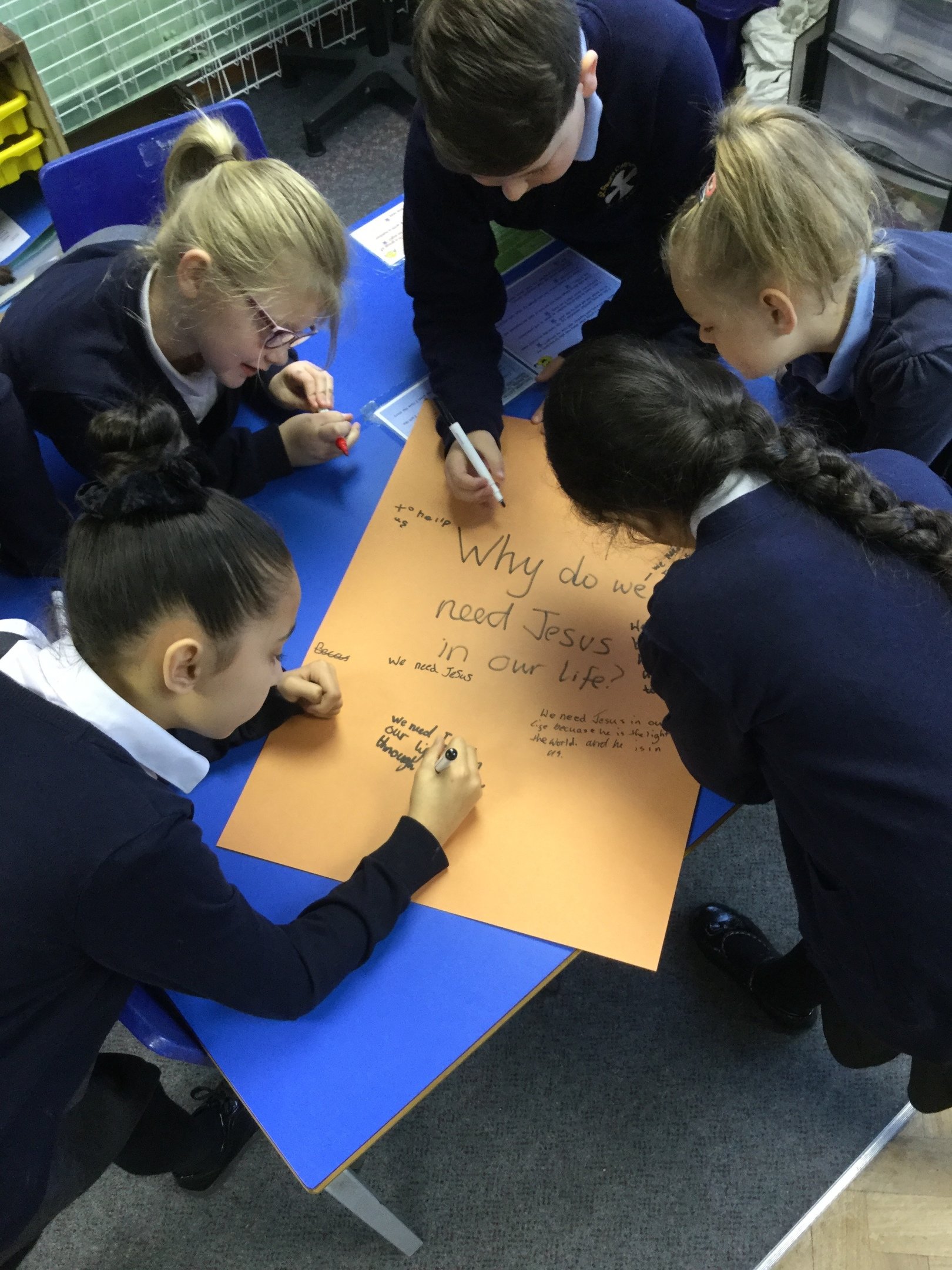 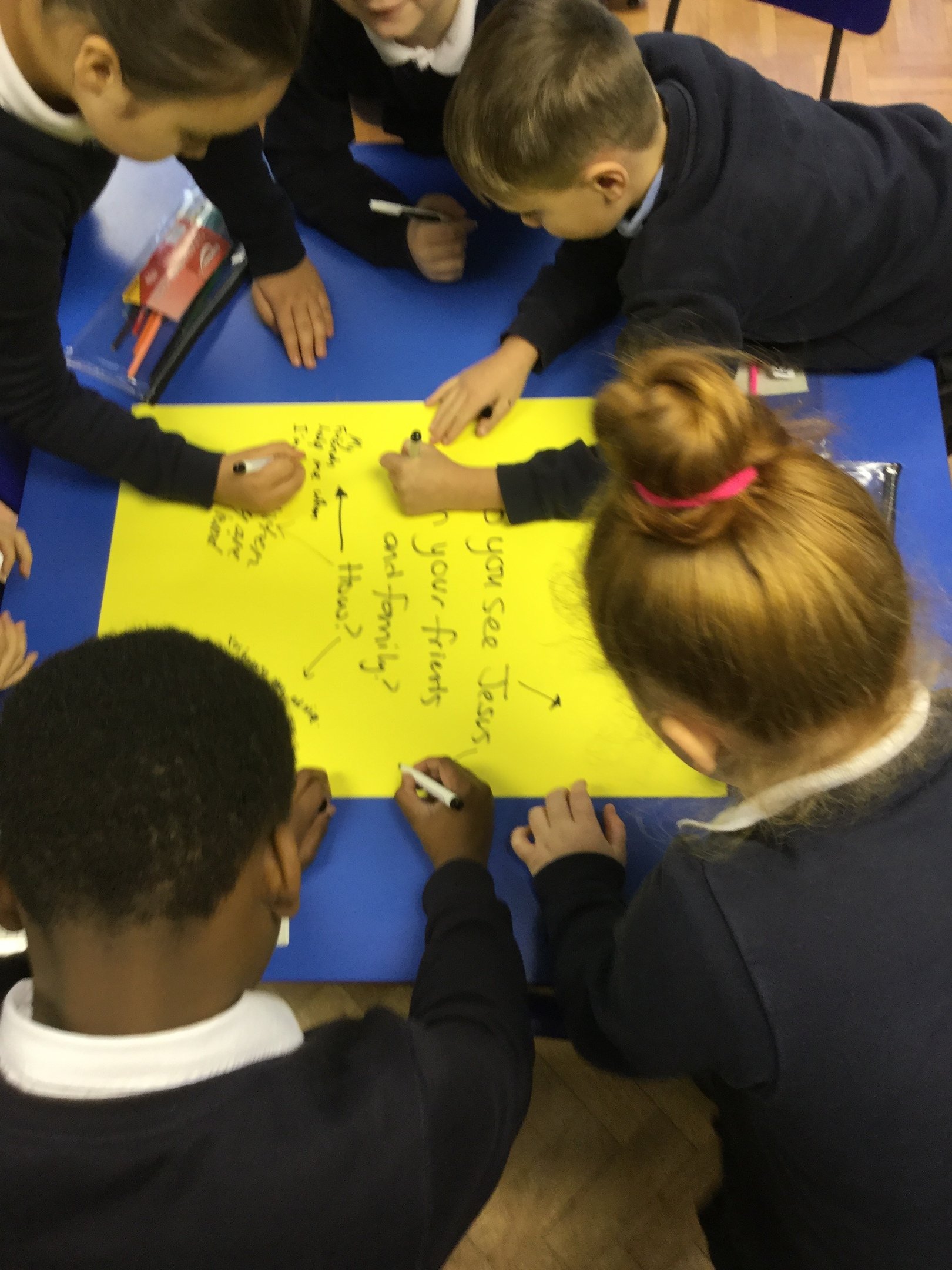 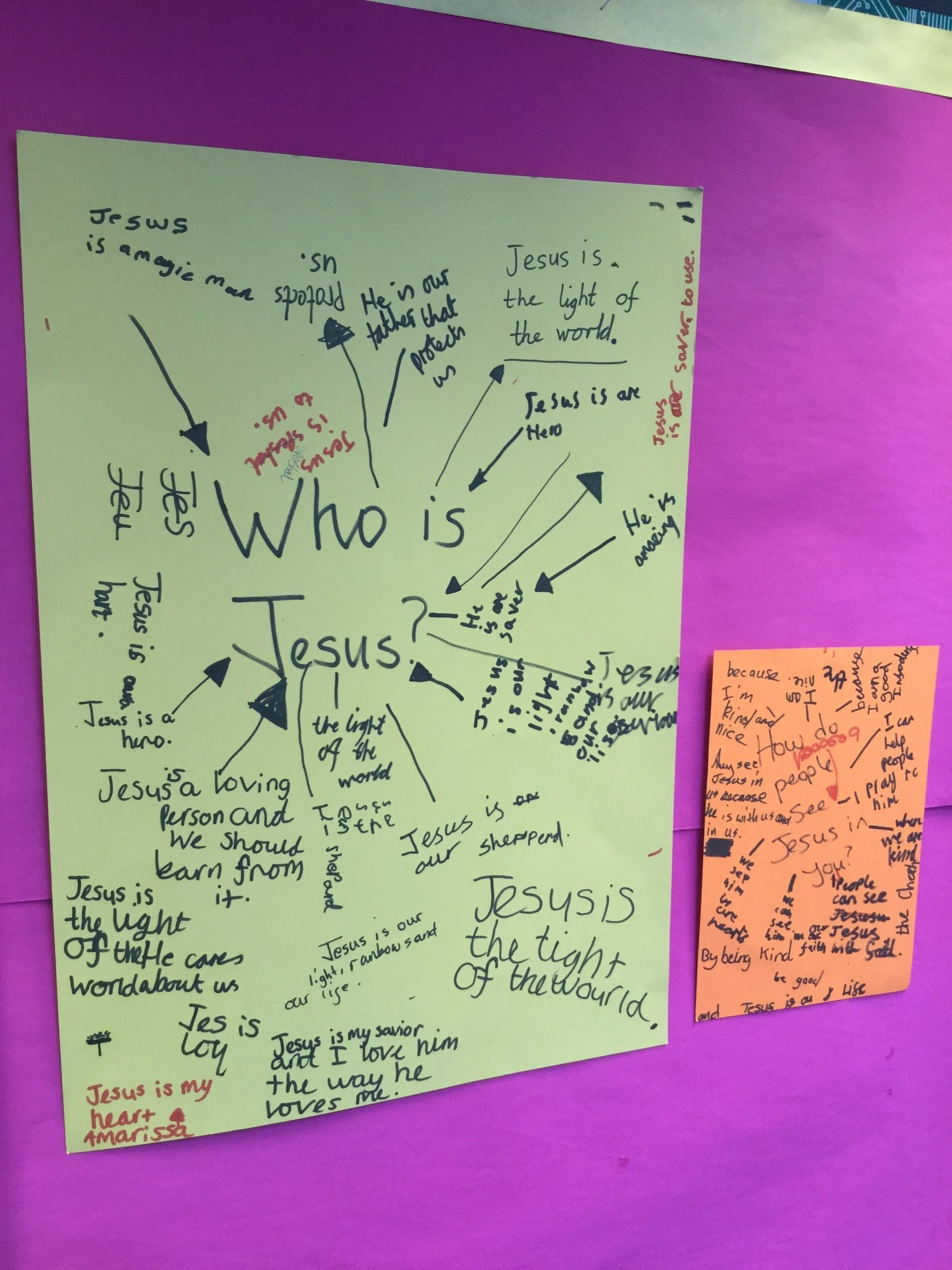 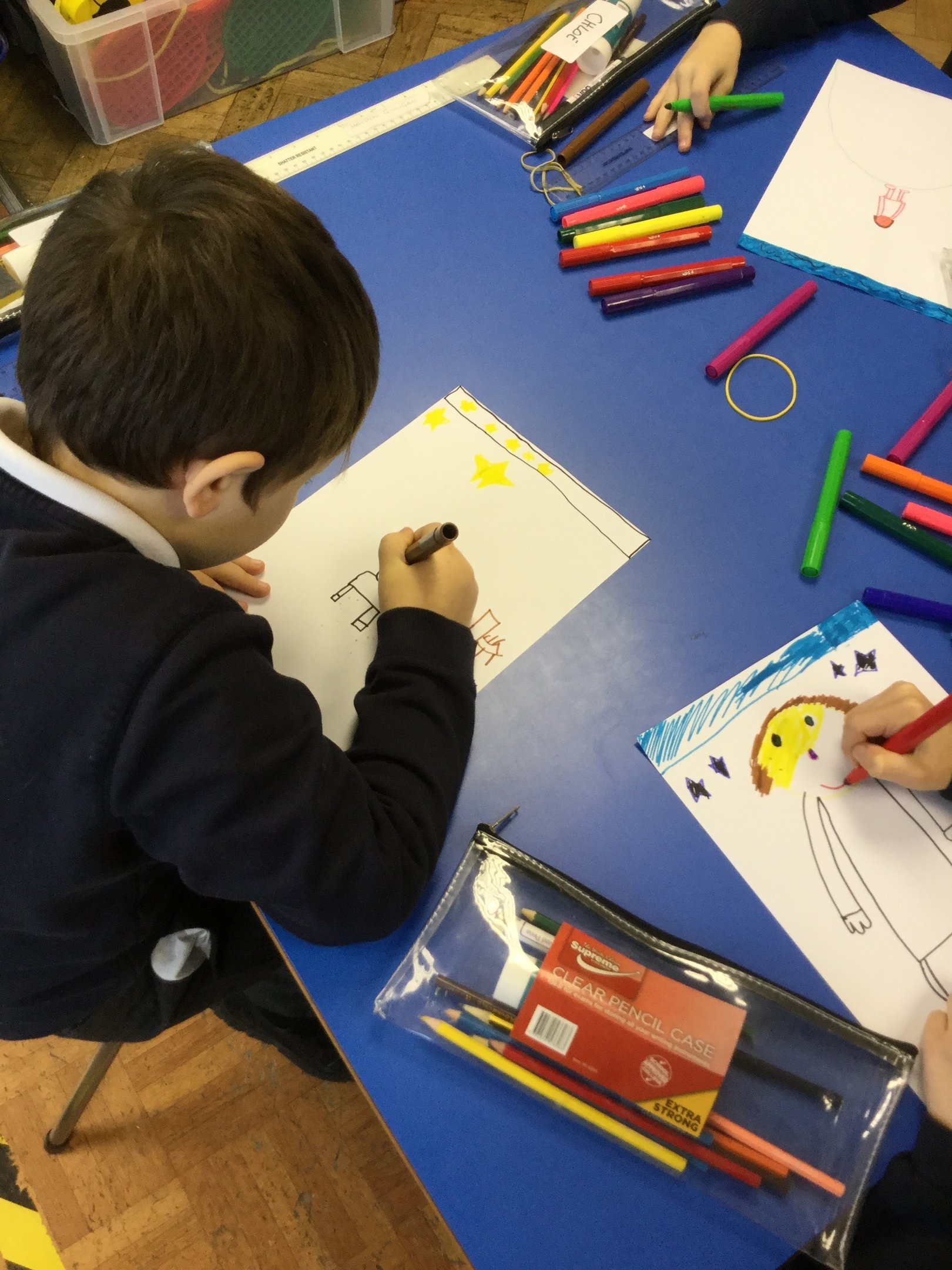 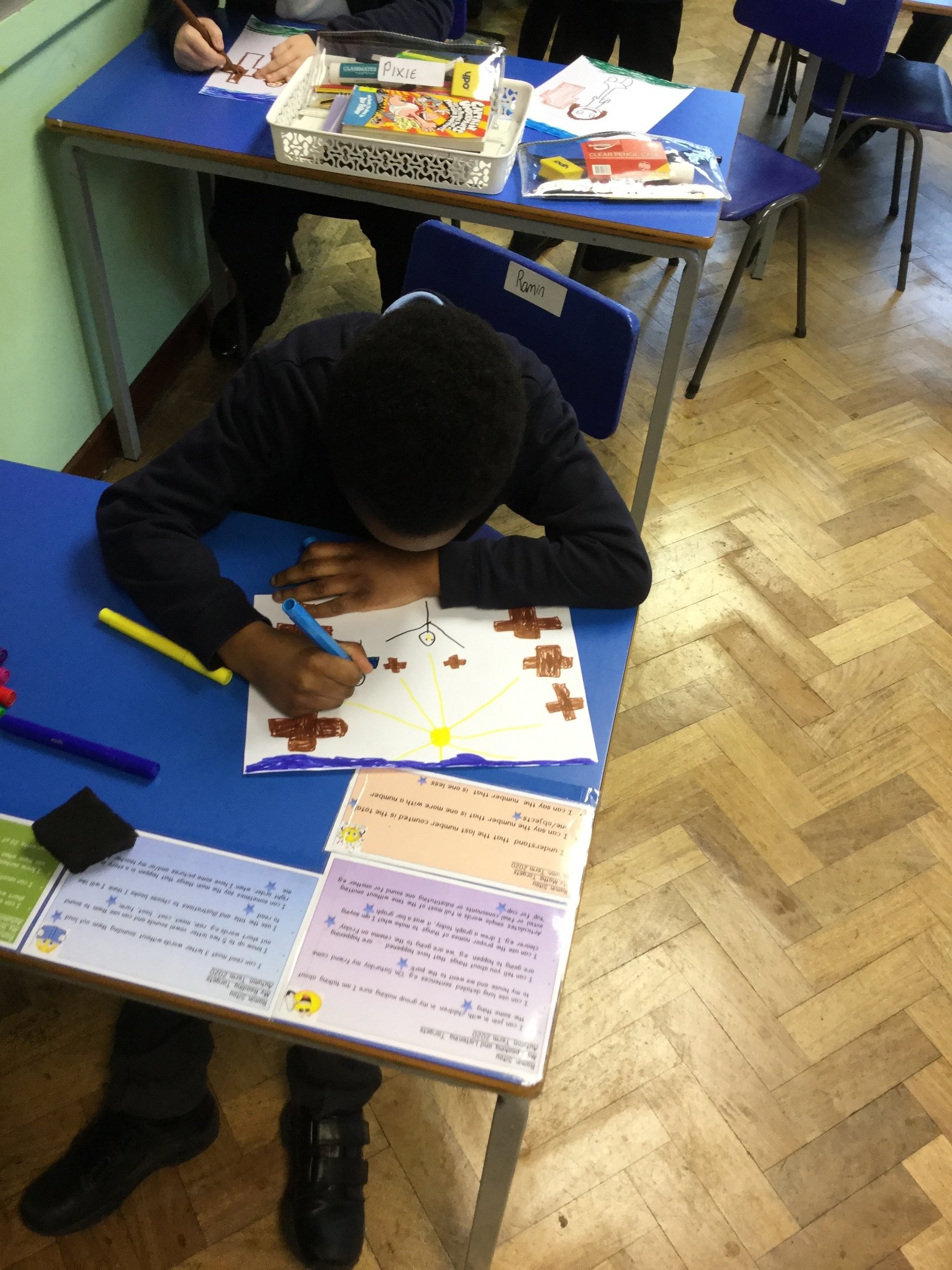 In the afternoon, we learned about Laudato Si, which has been written by Pope Francis where he asks each of us to take responsibility for our planet, our common home. We discussed how we could make positive changes in our own lives to help to protect the planet and keep it pristine for the next generation. We created artworks based around this theme and made planet pledges, promising to preserve our planet. 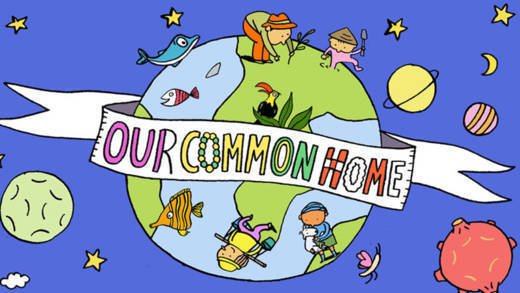 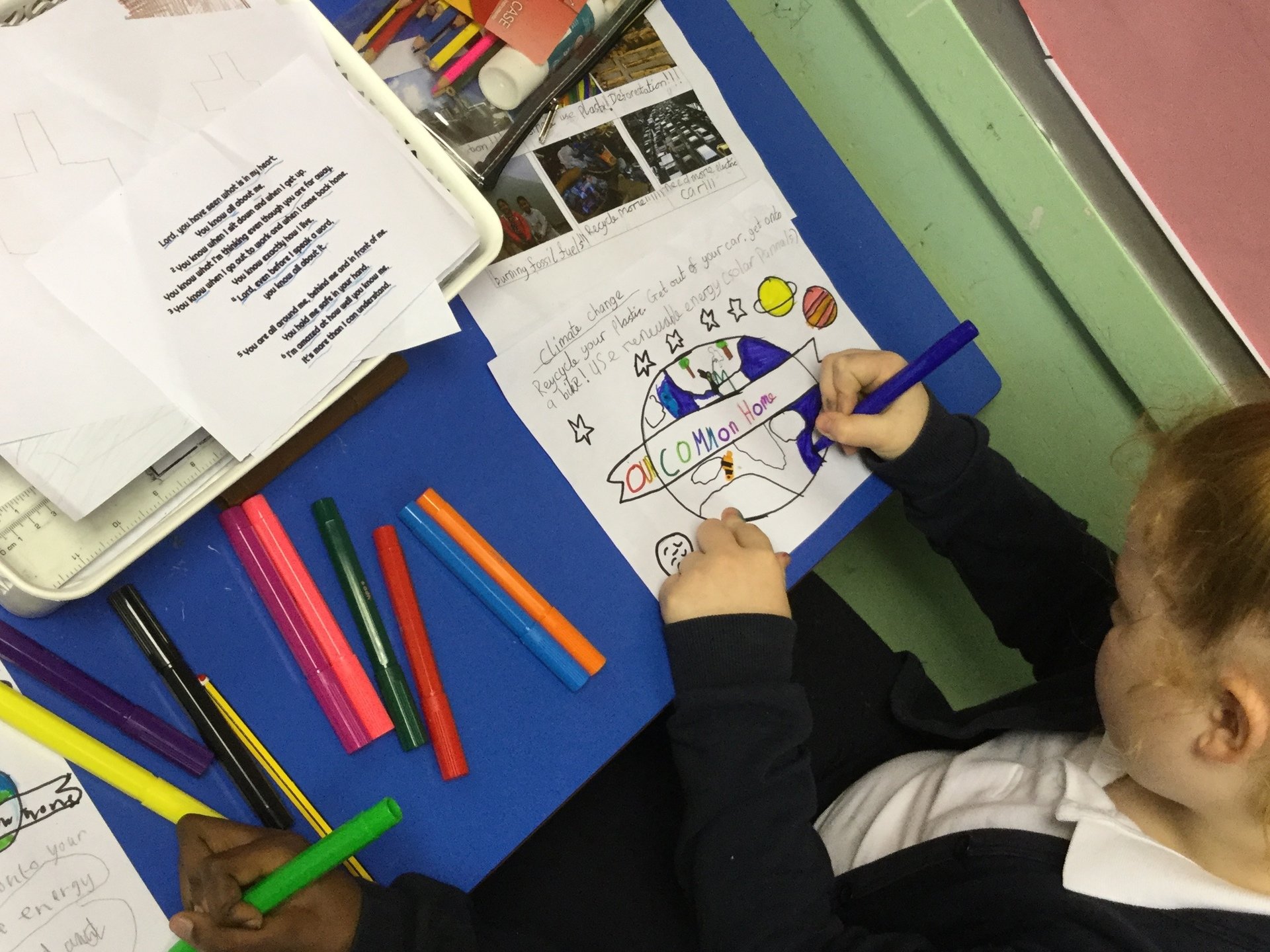 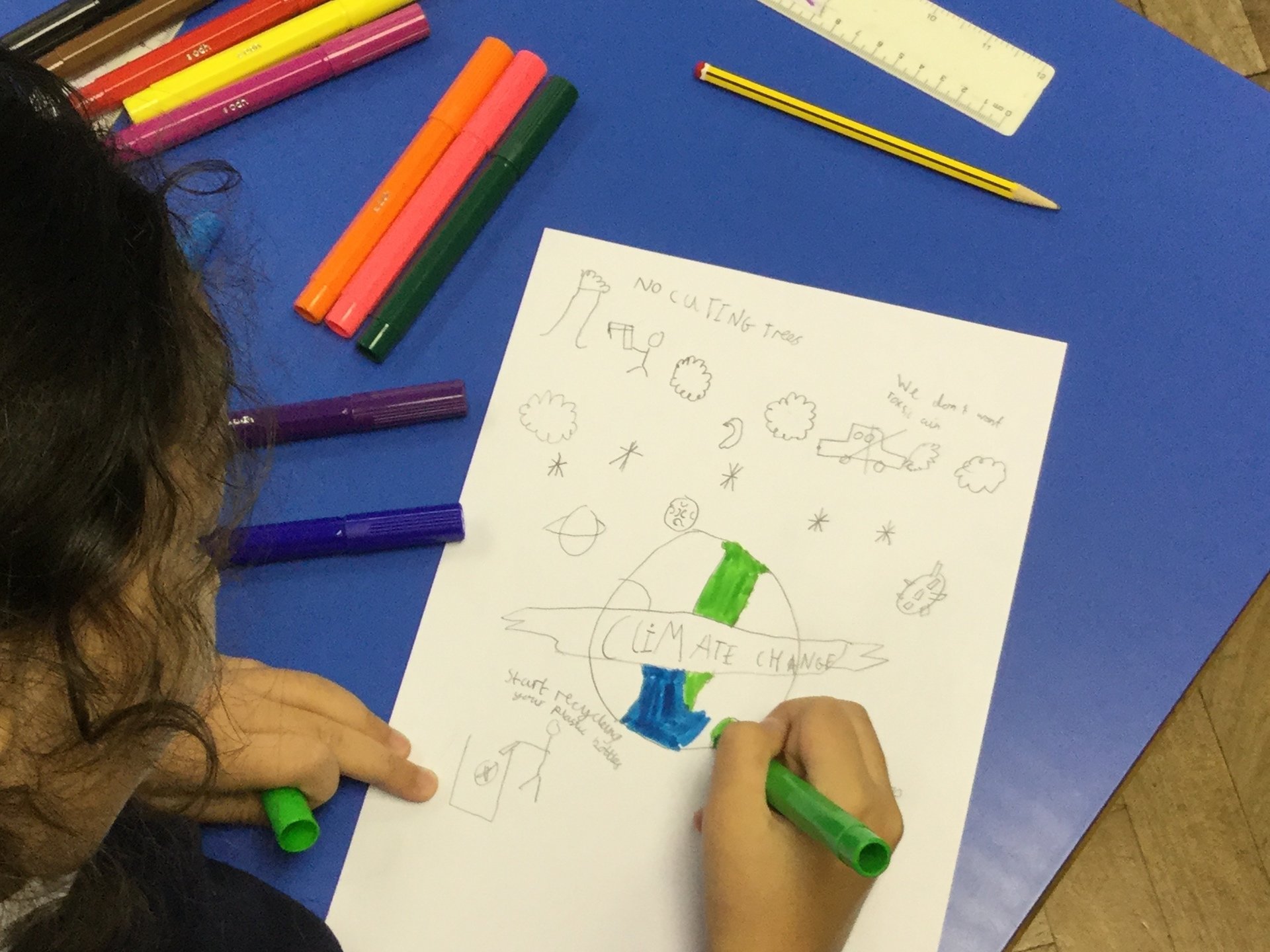 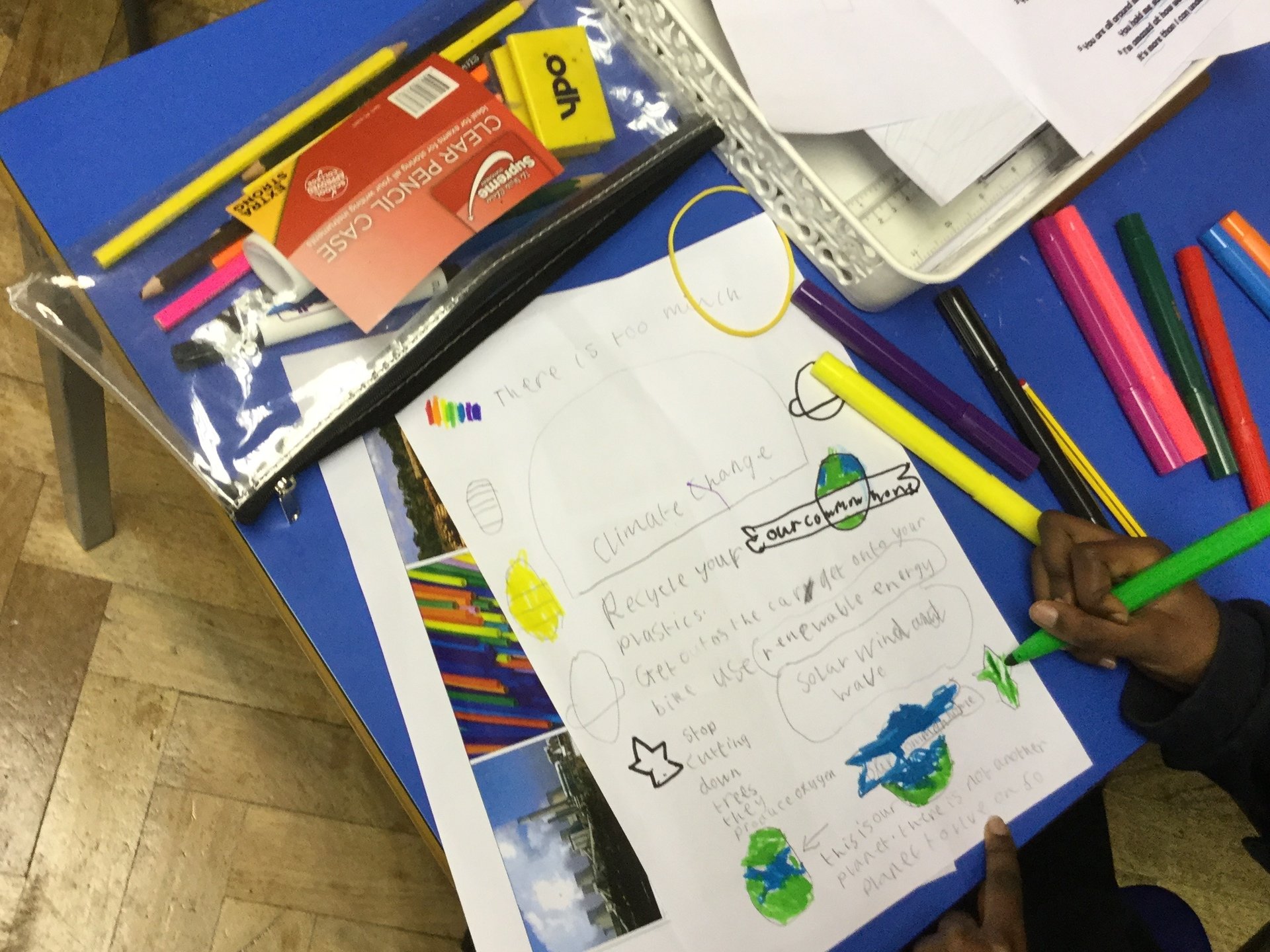 Our second retreat day focused on the Holy family and the journey they took to get to Bethlehem. We have been studying the Romans in history and that meant our class already knew a lot about the world that Jesus was born into. We also discussed the census which meant everyone in Galilee and Judea had to travel to the town of their ancestors to be counted. Once Joseph and Mary had arrived, they realised that there was no room at any inn for them. This meant that Jesus was born in a simple manger in a stable filled with animals. Pupils spoke about how important this was as Jesus was just like us, an ordinary man who would grow up to achieve amazing things. The class drew pictures of the stable, the Holy family and of the animals who witnessed the birth of Christ. Later, we took part in an art competition, organised by the Knights of St Columba. We have many talented artists in year 4 and will pray that our entries be looked upon favourably. 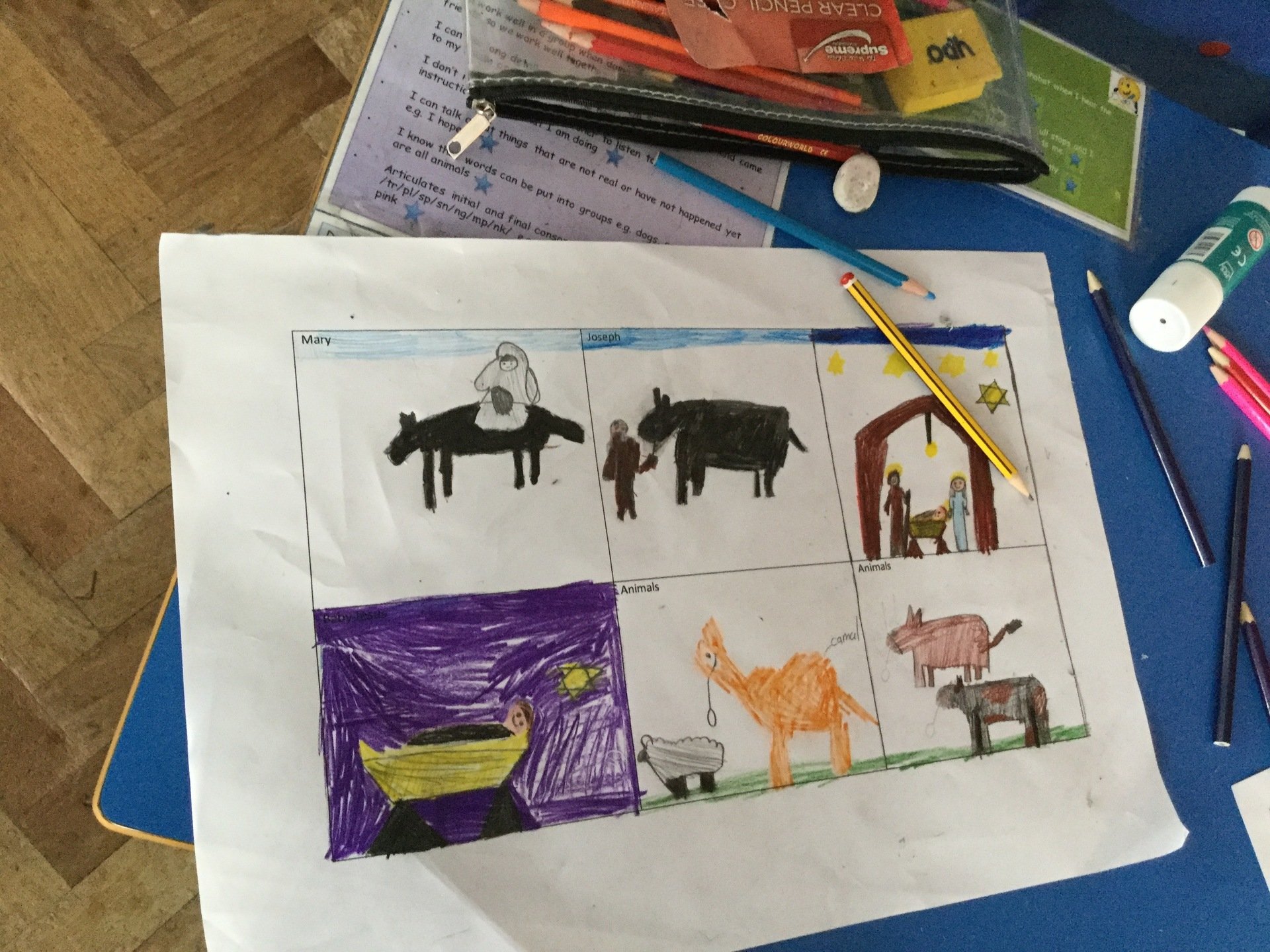 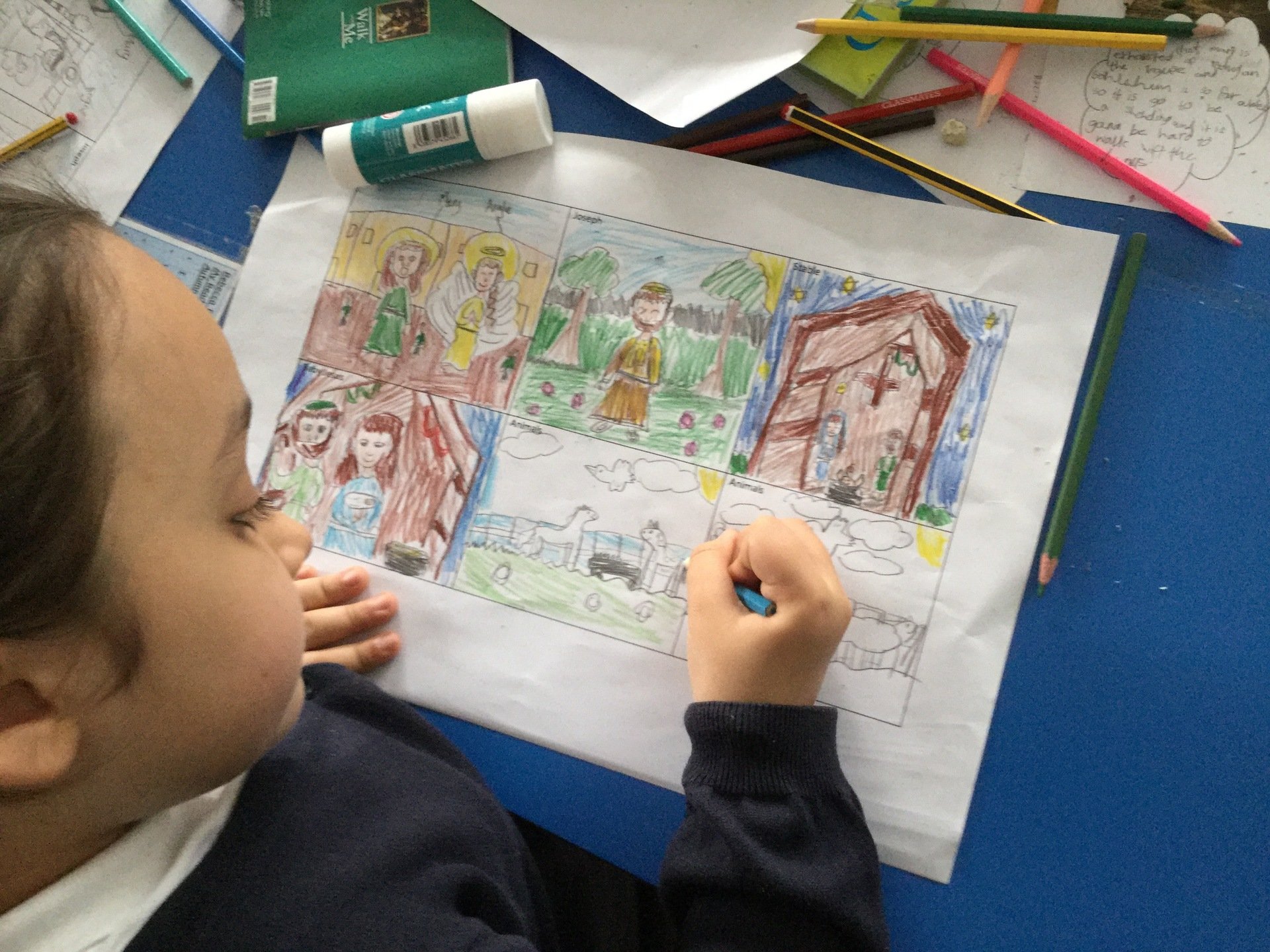 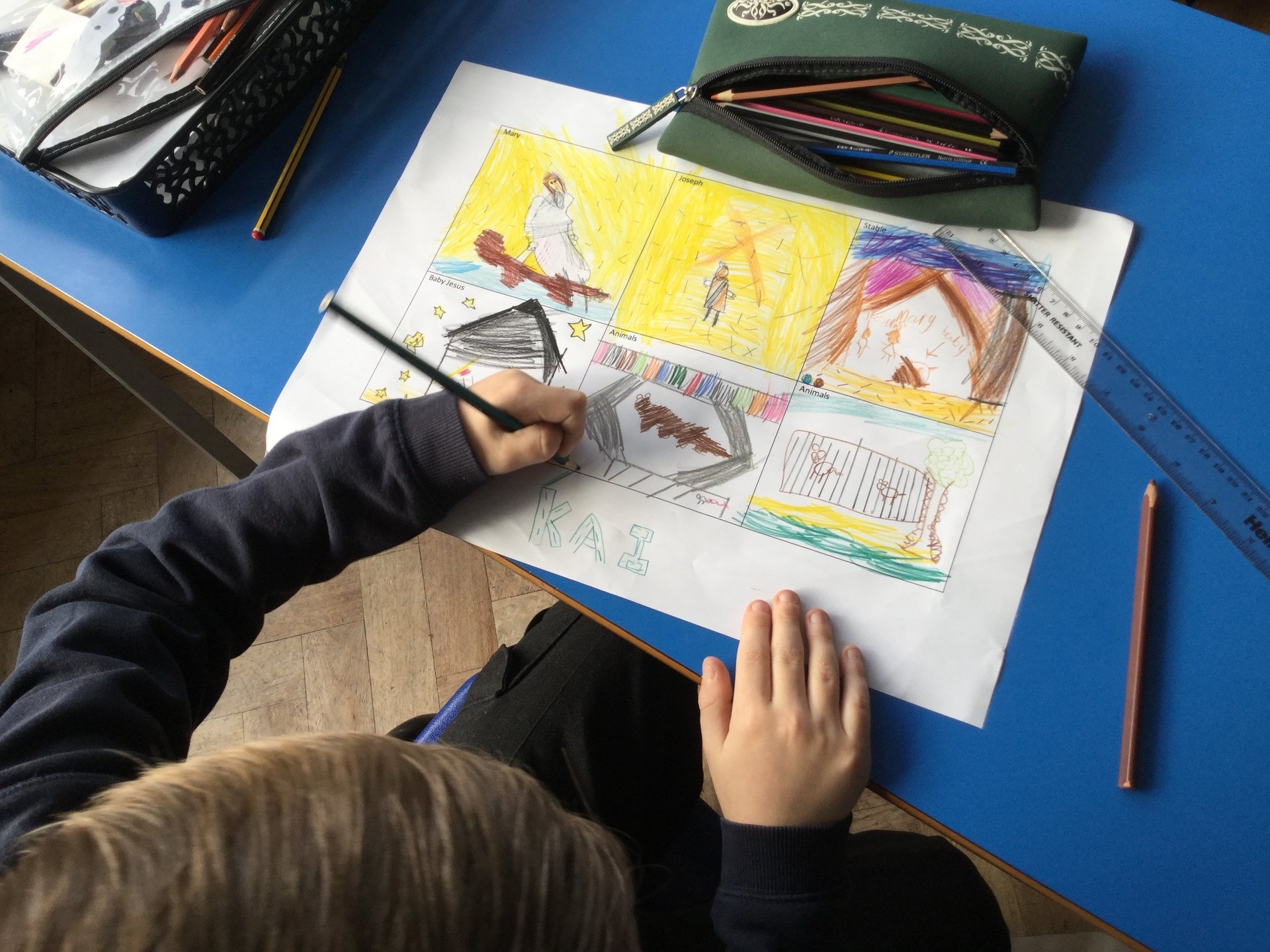 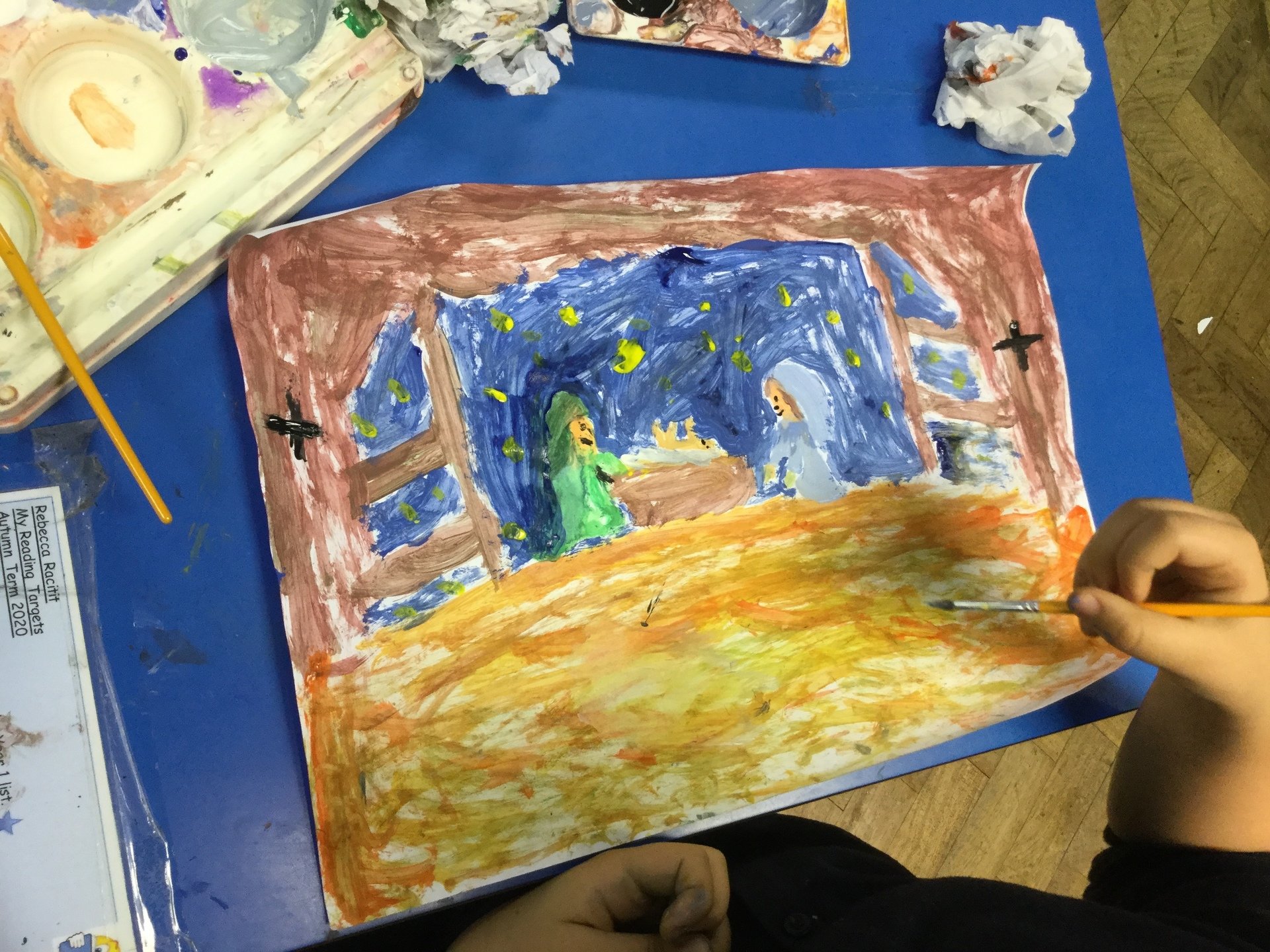 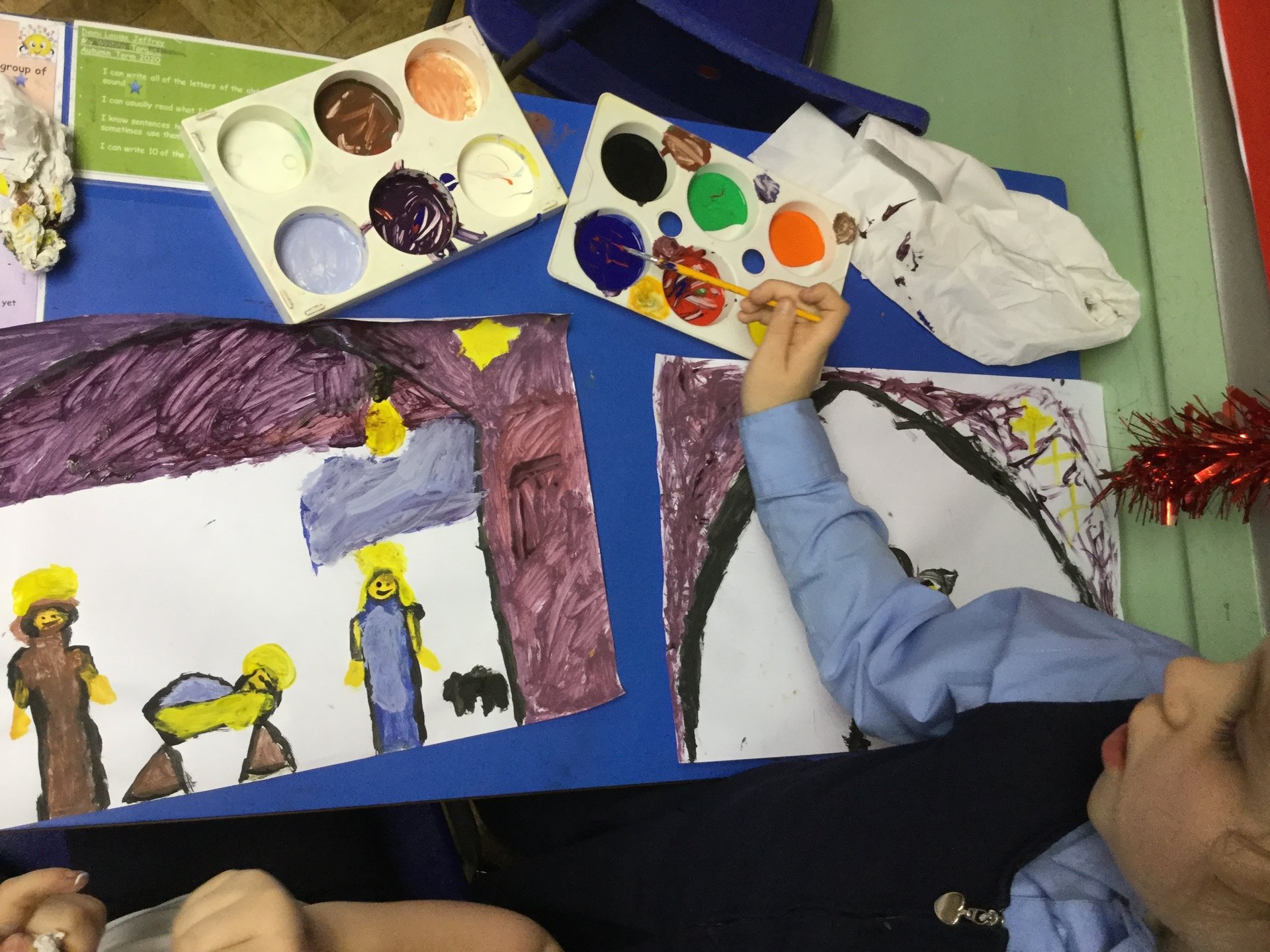 We reflected on the Advent promises we have made and discussed how we could be successful in carrying them out over the Christmas season.

© 2021 St Paul's Catholic Primary School.
Our school website, mobile app and podcasts are created using School Jotter, a Webanywhere product. [Administer Site]
We use cookies to provide you with the best experience on our website. Read our Privacy Policy to find out more.