EYFS Class saint-St Therese of Lisieux
Saint Therese of Lisieux was born Marie Francois Therese Martin on January 2, 1873 in Alencon, France.  She was the youngest of nine children, but only five girls survived into adulthood: Marie, Pauline, Leonie, Celine, and Therese.  Her parents are Saints Louis and Zelie Martin.
At the age of fourteen, Therese sought permission to enter the Carmelite monastery in Lisieux as soon as possible.  He asked her why she wished to enter when she was so young.  She replied, “I wished it since the dawn of reason.”  After the local bishop refused, she traveled to Rome with her father and Celine and appealed to Pope Leo XIII for permission to enter.  He told her, “do what the superiors tell you.”  Therese tried again saying “Oh, Holy Father, if you say yes, everybody will agree!”  She wrote in Story of a Soul, “He gazed at me speaking these words and stressing each syllable: “Go – go – you will enter if God wills it.”  The tearful Therese had to be carried out by Swiss Guards but this did not stop her determination.
Therese is most known for her “Little Way.”  She spoke not of doing great things, but of small things with great love.  She saw herself as a child who lived in complete dependence on God.  Therese acknowledged her littleness and believed this showed more clearly God’s greatness.  She once said, “If all the lowly flowers wished to be roses, nature would lose its springtime beauty.”  Therese saw herself as a tiny flower in the garden of God and believed His power shone more clearly through her weakness.  She had a practice that helped her count her little deeds for God that is simple and perfect for children of all ages.

“Miss no single opportunity of making some small sacrifice, here by a smiling look, there by a kindly word; always doing the smallest right and doing it all for love.”
Information of: https://mycatholickids.com/saint-therese-lisieux-gods-little-flower/#:~:text=Saint%20Therese%20of%20Lisieux%3A%20The%20Early%20Years&text=She%20was%20the%20youngest%20of,attention%2Dseeking%2C%20and%20stubborn.

Year One class saint- St Bernadette
During the year 1858, Bernadette was 14 and preparing to receive her First Holy Communion.  Bernadette, her sister, and her friend had gone to collect firewood.  The two girls crossed the stream to the grotto.  Bernadette, however, stayed on the other side because she did not want to make her asthma worse by walking through the cold water.  The girls insisted she join them, and Bernadette began taking off her shoes when she heard a rustling sound.  Bernadette looked around and then in the grotto, she saw a beautiful lady. Bernadette knelt and began praying the Rosary.  After the lady left, Bernadette asked her sister and friend if they had seen anything.  When they said no, Bernadette told them what she had seen and told them not to tell anyone.  However, Bernadette’s sister told their mother, who commanded Bernadette to stop day-dreaming and ordered them not to go to the grotto again. Bernadette’s mother eventually allowed Bernadette to return to the grotto and Our Lady appeared to her 17 more times.  She promised Bernadette happiness not in this world, but in the next.  During the sixteenth apparition, on March 25, the Feast of the Annunciation, Our Lady revealed who she was.  Since then Lourdes has become a place of pilgrimage where thousands of pilgrims go to pray.

Year 2 class saint- St Teresa of Calcutta
Mother Teresa was born in Uskub, Ottoman Empire on August 26, 1910. This city is now called Skopje and is the capital of the Republic of Macedonia. Her birth name was Agnes Gonxha Bojaxhiu. Her father died when she was eight and she was raised by her mother.Agnes grew up in the Roman Catholic Church and decided to devote her life to God at an early age. When she turned 18, Agnes joined the Sisters of Loreto to become a missionary to India. Before she could go to India, she had to learn English. She spent a year in Ireland learning to speak English at the Loreto Abby.A year later, Agnes began her missionary work in Darjeeling, India. She learned the local language, Bengali, and taught at the local school. In 1931, she took her vows as a nun and chose the name Teresa. She taught for many years in India becoming the headmistress at a school in eastern Calcutta. In 1950, Mother Teresa formed a group within the Catholic Church called the Missionaries of Charity. She described the purpose of the Missionaries of Charity as an organization that would take care of "the hungry, the naked, the homeless, the crippled, the blind, the lepers, all those people who feel unwanted, unloved, uncared for throughout society, people that have become a burden to the society and are shunned by everyone".

“Spread love everywhere you go. Let no one ever come to you without leaving happier.” 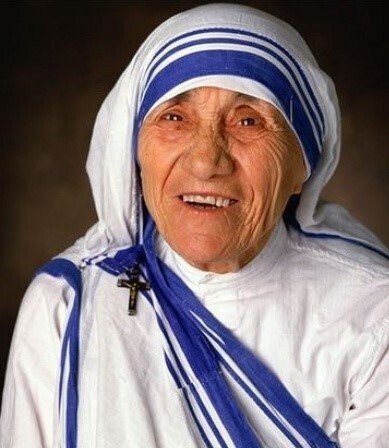 Year 3 class saint- St John Paul II
John Paul was born Karol Józef Wojtyła on May 18, 1920, in Wadowice, Poland. His father was an officer in the Polish army. His mother died when he was eight years old. Wojtyła was a good student and athlete. He often helped the priest at the local church. Wojtyła graduated as the top student in his class and moved to Kraków, Poland, to attend a university there. After his father’s death in 1941, Wojtyła decided to become a priest. Again he had to study in secret. Wojtyła became a priest in November 1946. He went to Rome for further studies and then returned to Kraków. There he worked as a priest, taught classes, and earned another degree. Wojtyła also wrote poetry that was published anonymously. Wojtyła was elected pope in October 1978 and chose the name John Paul II. He began to travel almost immediately. John Paul traveled more than all other popes combined. John Paul thought it was very important for the church to stand for human rights and dignity and religious freedom. He felt strongly about this because of his experience with Nazi Germany and communist Poland. On May 13, 1981, John Paul was shot in an assassination attempt. He survived, but another attempt was made on his life one year later. In his later years John Paul had many health problems. He continued as pope, however, until his death on April 2, 2005, in Vatican City. He was canonized, or made a saint, on April 27, 2014. His feast day is October 22.

Dear young people, let yourselves be taken over by the light of Christ, and spread that light wherever you are.”

Year 4 class saint- St Josefine Bakhita
Saint Josephine Bakhita was born in Sudan, Africa around1869.  Her early childhood was a happy one.  However, when she was seven, she was kidnapped by slave traders!  From then on she was called Bakhita, meaning “lucky.”  She was sold many times during the next twelve years.  Some of her masters were nice but some were very cruel.

One of her mistresses had to travel to Sudan but she decided not to take Bakhita with her, leaving her with the Canossian Sisters in Venice.  During this time, the sisters taught her about God and decided she wanted to enter the Church.  When her mistress came back, Bakhita did not want to leave the sisters.  Eventually, the case was taken to the Italian court and it was discovered that the slave traders that had captured Bakhita were outlaws.  Slavery had been outlawed in Sudan before Bakhita was born.  Because of this, she was freed and was no longer a slave!

Bakhita decided to remain with the sisters and she was baptized on January 9, 1890, taking the name Josephine Margaret Fortunata (the Latin equivalent of Bakhita).  The Archbishop who baptized her, gave her First Communion, and confirmed her, was Cardinal Giusseppe Sarto, who eventually became Pope Pius X.

As she grew older she would be in a lot of pain and was confined to a wheelchair.  When people asked her how she was she would respond, “As the Master desires.”

Despite the terrible memories of her life as a slave, Josephine Bakhita still forgave those who were cruel to her.

"The Lord has loved me so much: we must love everyone...we must be compassionate!" 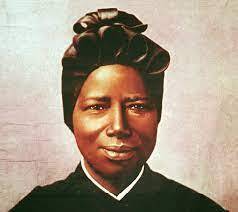 Year 5 class saint- St Josemaria Escriva
Josemaría Escrivá de Balaguer was born in Barbastro (Huesca, Spain) on January 9, 1902. His parents’ names were Jose and Dolores. He had five siblings: Carmen (1899-1957), Santiago (1919-1994) and three younger sisters who died while still children. In 1927 he moves to Madrid, with the permission of his bishop, to study for a doctorate in law. In Madrid, on October 2, 1928, he sees that God wants him to open, for all kinds of people, a path to holiness through ordinary life and work. He visits a number of countries in Europe to encourage the establishment and consolidation of the apostolic work of Opus Dei. For the same purpose, between 1970 and 1975 he spends long periods of time in Mexico, South America and Guatemala, where he also holds catechetical gatherings with large groups of men and women. He dies in Rome on June 26, 1975 with a reputation for holiness.

"Never make a decision without stopping to consider the matter in the presence of God." 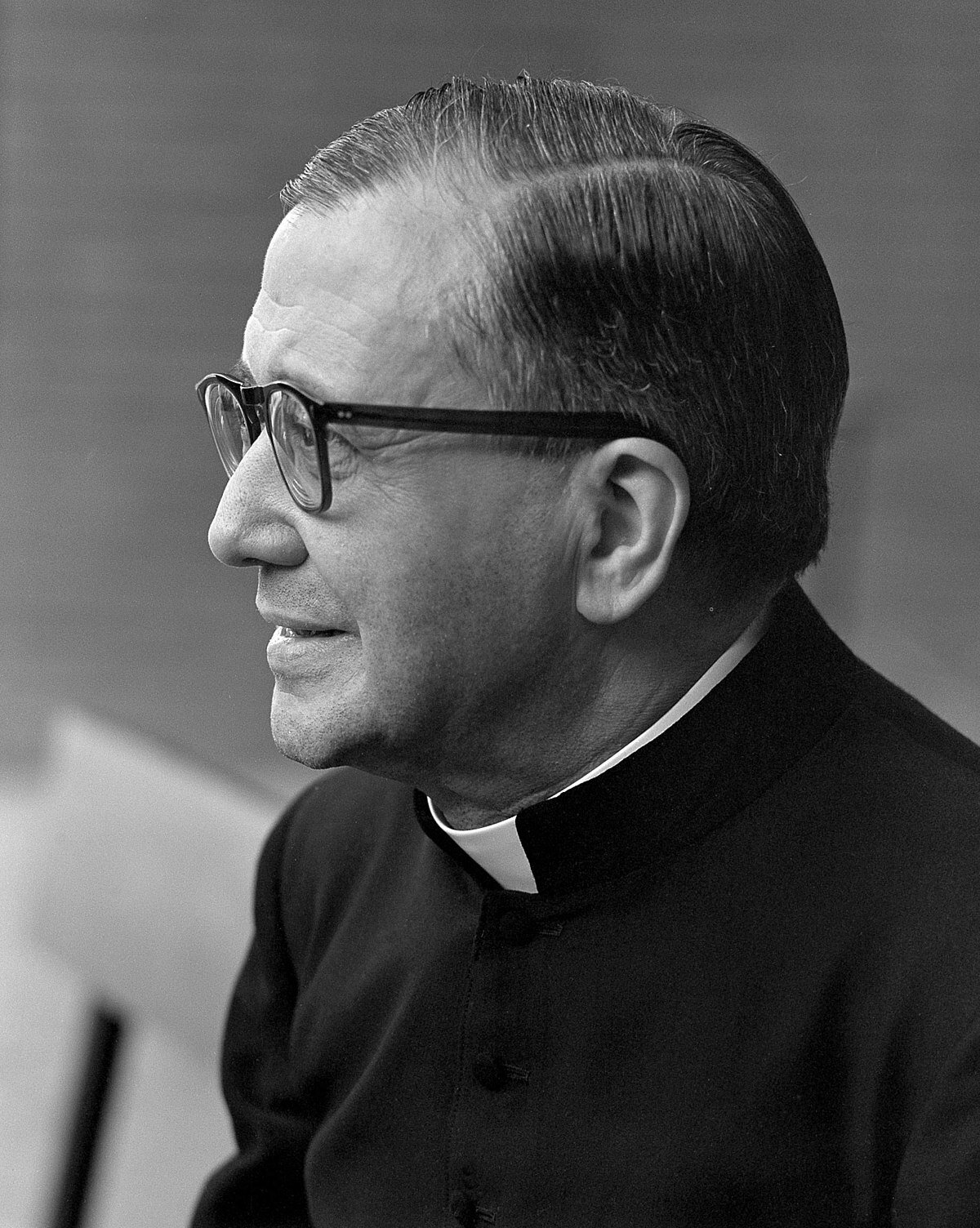 Year 6 class saint- St Maximillian Kolbe
Maximilian Maria Kolbe (originally christened Raymund) (1894-1941) is a Catholic saint. He was a Polish Franciscan who worked in Poland and Nagasaki, Japan. He died in Auschwitz because he wanted to save another prisoner. Maximilian saved the life of that prisoner. Maximilian is remembered on August 14, the date of his death.

Don’t ever forget to love.